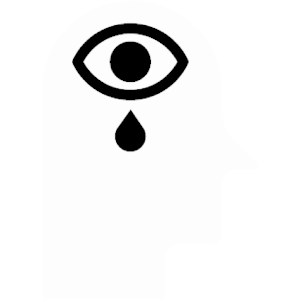 Depression rates tend to be higher in the older population – for example, people in their 80’s have double the risk of suicide compared to the rest of the population, and males over the age of 80 have the highest risk out of anyone. Geriatric depression typically coincides with another illness or an age-related disability.

Being depressed is more than just being sad. There is a difference between situational sadness and depression. Sometimes it is hard for people to understand that sadness is a normal human emotion, while depression is not. If you are able to recognize the symptoms of depression, you may be able to help save a life.

What Are the Causes of Depression?

While depression can be linked to genetics, it tends to be more likely for seniors and the elderly population because this is a time in their lives where they are facing other physical and mental challenges as well. Here are few of the common triggers of geriatric depression:

Changes in brain chemistry can cause people to feel all sorts of unusual emotions, depression being among the most common. A drop in chemicals such as serotonin, dopamine or norepinephrine typically leads to overwhelming feelings of sadness or despair.

Seniors face life changes regularly, and sometimes these are negative or they see them in a negative light. These major events typically cause stress, and in turn, too much stress can also lead to depression. Examples of these may be a death of a family member or loved one, moving out of their own home into someone else’s or a nursing home, or the diagnosis of an illness or disease.

All too often, seniors are left alone or left out, and this can really wear on a person’s emotions. It’s important for a senior’s loved ones to ensure they are including seniors in every aspect of their lives, especially now that they may not have their own house, career, or anything else that helps them feel like an important part of society. Actually, many people consider isolating a senior a form of abuse due to the negative impact it has on them.

Seniors typically face a slew of medical conditions in their older years, which may greatly affect their quality of life, causing them to become depressed. Here are a few examples of age-related complications that may cause geriatric depression in seniors:

Although, these are just a few examples, any health complication related to age might cause a significant change in a senior’s happiness and wellbeing.

How is Depression Diagnosed?

Typically, your doctor can diagnose you with depression by asking you some questions. There are also some exams and tests that can help rule out other issues that may be causing your symptoms.

Your doctor may do a physical exam, asking you about your health. The doctor may order lab tests like a blood test to make sure that your thyroid is functioning correctly, for example. A psychological evaluation will be done to get information on your symptoms, thoughts, and behavior patterns. Using a number of questions, evaluations, and tests, a doctor will confirm a depression diagnosis.

While there are many treatments for depression throughout the world, the United States typically focuses on the four most popular.

Medications, or anti-depressants, are typically the most common treatment of depression, but this may vary in older adults. Often times, adults have other medications that they must take, and cannot mix anti-depressants into their regimen. These medications also come with unwanted side effects, such as blood thinning, nausea, and high or low blood pressure, along with irregular heartbeat. Although, these medications aren’t all bad – they help millions of people fight depression every year.

The ultimate goal of psychotherapy is to teach individuals about their condition and help them understand why they have certain feelings, moods or emotions. This is accomplished by a series of one-on-one appointments with a therapist or psychologist. In the end, there are hopes that the individual will change their way of thinking, possibly by picking up or letting go of habits and ways of thinking. Psychotherapy is a popular option for elderly individuals due to its non-chemical and non-invasive nature.

Brain stimulation therapies are touching the brain directly with electricity, implants or magnets to stimulate the brain. An example of this is electroconvulsive shock therapy, which triggers seizures in depressed individuals, in hopes to alter their brain chemistry. Due to its invasive nature, this is typically only considered a treatment after all other forms of treatment have failed.

Taking Care of Oneself

Seniors often give up on regular exercise and workouts in old age, which is another cause of depression. Working out produces endorphins in the brain, which help increase and individual’s mood. Another simple way seniors can help themselves is by simply remembering to connect and socialize with others – isolation can also worsen depression. Finally, be all around healthy; seniors should be getting enough sleep and eating a nutritious diet.

There are times that depression becomes unavoidable, but that doesn’t mean it has to become a permanent fixture in the lives of older adults. Depression is treatable and manageable.

If you suspect an older loved one is suffering from depression, talk to them and contact a trusted physician.