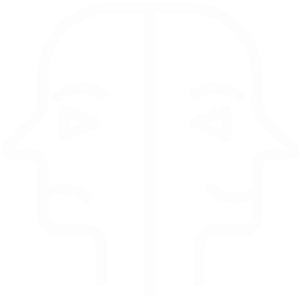 Bipolar disorder is a severe, chronic psychiatric condition that causes people to suffer from extreme swings between high and low mood states. Older people tend to develop more depressive and manic symptoms, unlike the euphoric moods and grandiosity experienced by younger representations of the disorder.

It is estimated that 10 to 25 percent of all individuals over the age of 50 suffering from a mood disorder are diagnosable as having Late Onset Bipolar Disorder (LOBD). Unfortunately, there is still the possibility of these numbers being an underestimate considering the disorder’s high rate of misdiagnosis.

What are the Symptoms of Bipolar Disorder?

Even though the specific causes of LOBD are relatively unknown, there have been a number of factors linked to the development of this condition. Some of the potential causes of late-onset bipolar disorder include:

Because the causes of late-onset bipolar disorder are still somewhat unknown, there are debates within the medical community as to which method of treatment is the most effective. Here are some different ways we can treat bipolar disorder in seniors:

Lithium - is the most common mood stabilizer used to treat Bipolar disorder.

Valproic Acid - is another mood stabilizer used to treat the manic phase of Bipolar.

Antipsychotics - Antipsychotics are typically prescribed with a mood stabilizer and used to combat insomnia, anxiety and other symptoms of Bipolar, like agitation. Three common antipsychotics used to treat Bipolar disorder include Abilify, Clozaril, and Zyprexa.

Antidepressants - Antidepressants are not typically recommended by a physician to be the only medication treating an individual with bipolar. In some cases, an antidepressant can be added to the medication regimen to help lessen the symptoms of depression in Bipolar.

Electroconvulsive Therapy - This treatment is sometimes used for patients who are severely depressed or manic, and who do not respond well to medications. This can be a quick and efficient way to help people who are at a high risk for attempting suicide. The procedure involves inducing a grand mal seizure lasting less than one minute by the use of electrodes placed on the scalp. Although the method lost public credibility following distorted and negative portrayals in 1960’s media coverage, modern procedures have been shown as both safe and effective.

Transcranial Magnetic Stimulation (TMS) - A small electromagnetic coil treats the symptoms of depression by stimulating nerves in the mood centers of the brain.

Light Therapy - For people suffering from bipolar disorder and seasonal affective disorder, sitting under a special light box capable of emitting full-spectrum light can help to treat depressive symptoms associated with the changes in weather.

If it’s suspected that you or an elderly loved one is developing LOBD, don’t hesitate to reach out to your healthcare provider to pursue a treatment option.